Against the wishes of Hitler, German forces under Erich von Manstein were forced to retreat following the failure of the Kursk offensive of July 1943 The weakened force only had one possible refuge, behind the wide Dnepr River The race to the natural defensive line was on, with the Soviets launching one of their largest offensives of the war - with over 2 million men on the move Expert Eastern Front historian Robert Forczyk describes the dramatic four-month campaign that saw the Red Army not only succeed in crossing the Dnepr at multiple points, but also liberate Kiev, capital of the Ukraine Revealing new detail about the largest Soviet airborne operation of the war and the increasingly desperate delaying tactics employed by Manstein as catastrophic casualties mounted on both sides, Forczyk charts the course of the battle that confirmed to many observers that the relentless Soviet advance westward could not be halted Berlin would be next
Další produkty od výrobce Bloomsbury Publishing Nodding Off : The Science of Sleep from Cradle to Grave 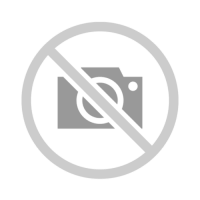 Harry Potter and the Order

Harry Potter and the Order of the Phoenix - Gryffindor House Edition